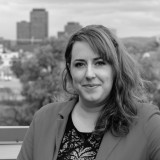 Are you missing out on a viable marketing opportunity with TikTok? Part 2.

As one of the fastest-growing apps on the market today, marketers and brands are taking notice and looking to capitalize on TikTok’s popularity. But before you spend all your budget on the latest shiny thing — ask yourself, is TikTok really worth your time as a Canadian business?

Let’s start with some facts we know.

In 2018, TikTok gained popularity and became the most downloaded app in the U.S. in October of that year. As of 2018, TikTok is available in over 150 markets and proudly boasts over 800M global monthly active users. Seems like a massive audience to reach, but let’s dig deeper.

TikTok itself has not released any Canadian data (groan), but eMarketer data show that in August of 2019, TikTok placed 9th amongst the Top 10 Mobile Social Media Apps ranked by Monthly Unique visitors with 1.7M (Facebook & Instagram ranked 1st with 20.5M cumulatively). There are 50M monthly active users in the US and while that’s still a big number, it only represents about 6% of the user base.

While the Canadian audience for TikTok might be small, it actually has the second-highest Average Monthly Time Spent, proving that its users are spending a significant amount of time on the app.

According to a study of US internet users, TikTok is most popular with age groups 13-16 and 17-21 (eMarketer). As the app grows, we may see the demos change, but for now, it’s definitely Gen Z-centric.

What about advertising on TikTok?

If you head over to the TikTok website you may be disappointed to find out that advertising on TikTok isn’t available to Canadian businesses yet.

But don’t despair! You can still run ads on the platform as a Canadian business.

And Alphabet® can help you do it.

We can offer In-Feed Video ads that can target iOS and Country (which means we can only target Canada-wide, no smaller areas). If you’re interested in more info get in touch.

If you want to go through TikTok directly, know that the minimum for a campaign is $25K USD for in-feed video and increases dramatically depending on the ad format you are using. Top brands like Walmart, e.l.f. Cosmetics, the NFL, and Chipotle are diving into the TikTok world using the Hashtag Challenge, an ad option that starts at $150K USD.

What other opportunities are there?

Like other social media platforms, TikTok is a hive for creators and influencers. Even the paid campaigns from big brands often include influencers instead of actors.

Influencers on TikTok are similar to content creators found on YouTube or Instagram, and those who once rose to fame on Vine (RIP), but big-time celebrities are starting to jump onto the platform as well. Ariana Grande, Amy Schumer, Ed Sheeran, and Jimmy Fallon are a few notable additions.

The music industry is riding this wave, too. Songs that were released before Gen Z was even in utero are experiencing a resurgence in the charts and on streaming services like Spotify and new artists are finding their entry into the industry through this quickly revolving door.

And while this is pure speculation, we suspect that similar to Instagram, joining forces with a celebrity will cost big bucks (Kylie Jenner was reportedly paid around $1.2M for a single post). But don’t let that scare you off — we also suspect that there are opportunities to collaborate with micro-influencers who are much more affordable.

Gen Z users are generating wildly popular content and we have to tip our hats to their seemingly natural ability to go viral. If you’re looking to target a younger generation swayed by influencers, this could be a great platform for your brand.