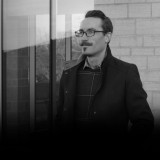 Advertising is a risky business these days. Nudity on billboards, super bowel movements, and that “Dry January” tweet are a few examples of brands sticking their necks out to capture attention.

So why take the risk when you can play it safe and still get positive results? All signs point towards an overcrowded media environment – and self-aware audiences that are more intentional with their time.

Being bold is a way to cut through the clutter and get noticed – for better or worse. You know what they say: there’s no such thing as bad publicity.

Have we become desensitized?

Why are we seeing more risky advertising from brands? What’s changed?

For starters, the competitive landscape is fierce. Technology has propelled us to a point where basement businesses and storeless start-ups have the potential to go toe-to-toe with market share leaders. And people love an underdog trying to take down a faceless corporation.

Today, even the largest brands can be overtaken with surprising swiftness. According to Gigasavvy, 52% of the Fortune 500 since 2000 are now obsolete. Meaning, for some, taking risks and constantly pushing the boundaries of what’s acceptable is the only option left.

Playing it safe is no longer a strategy. It’s a surrender.

But that doesn’t mean wearing a blindfold and going boldly where no brand has gone before. Be risky, but be wise about it. Canadian advertising and marketing laws are as strict as ever, with censorship and gatekeepers remaining a relevant force in traditional media. Not to mention, industries such as healthcare, finance, and government are highly regulated.

That said, the advent of social media has blurred the lines between what brands can and cannot get away with. As privately owned companies, the likes of Twitter and Reddit have the final say on what’s acceptable. And let’s be honest, some of these platforms are like the Wild West of the internet.

Social media also puts your finger on the pulse of what’s offensive and what’s not, while offering a testing ground for new ideas and timely content. It allows brands to track trends and hijack topics of discussion among their audiences. A great example is Snickers’ recent “THE VEINS REMAIN” tweet. The brand was quick to respond to rumours of certain features being removed from its chocolate bar, and its saucy retort went viral rapidly.

We can also assume a shift in demographics is responsible for more daring ideas. Baby Boomers are aging into retirement, Gen Xers are preparing to pass the torch, too, and Millenials are moving into high-level positions within brands, boards, and agencies.

Younger generations are putting aside the traditional ways of their predecessors, challenging the status quo and trying new things.

And don’t forget about the rise of Gen Z consumers. This segment is value-conscious, individualistic, bold, and creative. They’re drawn to personality-driven brands with strong morals and ethical practices. Remember, risky advertising isn’t always doing something shocking. Sometimes, it’s drawing a line in the sand and taking a side regardless of the backlash.

The popularity of entrepreneurship is also playing a role. Bootstrapping your own business or convincing venture capitalists to invest in your start-up is a risk in itself; it requires being bold and getting comfortable with taking chances. It seems logical these individuals are more willing to cross the line and step outside the box to gain a foothold in the marketplace.

Are you struggling to come up with new ideas? When you hit a creative wall, try thinking inside the box, instead.

Whatever the reason, risky advertising is becoming more and more common from brands in a variety of industries. Let’s dissect a few examples.

To launch its extensive new line of sports bras, adidas went topless (literally) in its #SupportIsEverything campaign. It’s possibly one of the most disruptive pieces in the sports gear industry. The brand showcased a variety of uncensored breasts on social media and on a billboard outside its headquarters – the billboard contained the message, “The reasons we didn’t make just one new sports bra.”

According to adidas, 90% of women are wearing the wrong sports bra. So it developed a new line of products that includes 43 different styles and 72 sizes. The larger part of the story is female athletes – or women who simply want to be comfortable when they exercise – come in all different shapes and sizes. The brand wanted to tell that story in an impactful way.

Mission accomplished. The campaign stirred up consumers, with some praising adidas for supporting body positivity, while others criticized the brand for creating a shocking ad designed to generate revenue using women’s bodies. At this point, the campaign has only been in market for a couple of months, so its overall success is yet to be determined.

Nike has never been shy about creating controversy, and its 2018 Dream Crazy campaign featuring Colin Kaepernick did just that. The former NFL quarterback, infamous for kneeling during the American national anthem, was the spokesperson for the campaign celebrating the 30th anniversary of “Just Do It.”

The campaign included an evocative video with Kaepernick encouraging people to dream crazy. It showcased athletes, individuals living with disabilities, and minority groups overcoming adversity in a variety of sports. The underlying message was to be bigger than yourself and to “Believe in something. Even if it means sacrificing everything.”

The backlash was instantaneous. Business shares dropped the day the campaign launched, the hashtags #BoycottNike and #JustBurnIt spread across social media, and consumers posted videos of themselves burning their Nike apparel.

On the other hand, the brand received overwhelming support across the country, and following the U.S. Labour Day Weekend, sales of Nike products increased 31%. When the dust settled, the campaign earned Nike and Kaepernick millions in revenue. And despite the controversy, the brand remains the market leader in the sports gear industry.

In 2020, Burger King launched an unappetizing campaign showcasing its popular Whopper covered in mold. The purpose was to announce the removal of artificial preservatives, colours, and flavours from its signature sandwich.

The campaign was admired by fellow marketing and advertising professionals, earning a whopping 18 awards at the Clio Awards. But seeing a glory shot of a 34-day-old rotting burger left many consumers feeling squeamish.

But Burger King is familiar with taking risks. In 2017, it created a series of ads with real photos of its restaurants on fire to promote its burgers always being flame-grilled. And let’s not forget the brand’s epic fail on Twitter during International Women’s Day in 2021.

The Super Bowl is marketing madness, with advertisers spending big bucks for airtime during the event. Rather than flushing wads of cash down the toilet, TUSHY, a bidet brand known for its cheeky creative, took to social media to piggyback off the popularity of the big game.

The brand launched its Super Bowel Contest, asking people to send photos of their post-game poop. They were also asked to publish the photos on their timeline using the hashtag #TUSHYSuperBowel. Doing so entered the participant into the contest, giving them a chance to win $10,000 and a TUSHY Classic bidet.

The contest created quite a stink online and grossed out plenty of people (myself included). But it generated a crapload of engagement and produced more than 2,000 submissions.

Did it result in sales? That remains to be seen. But from a brand awareness standpoint, it was a cost-effective campaign with minimal risk involved.

Who else is being bold?

The above are only a handful of brands being bold with their advertising. But a quick Google search reveals plenty more. Here’s a list of a few other examples of brands making waves:

Calculate the risk vs. the reward

Is risky advertising a bottom-of-the-barrel approach for shock value alone, or is it a viable tactic to achieve long-term success?

The short answer: it depends.

That said, when your brand’s reputation, your revenue, and your job are at stake, it’s best to weigh the risk versus reward before firing off that hot take into the Twitterverse. At times, it’s best to leave an idea in the drafts and defer to something safer. However, some brands have made a name for themselves by living dangerously.

Will you be one of them?

How to Make Your YouTube Videos More Discoverable (Part 1)

The year was 1979. The Buggles sang “Video killed the radio star.” Flash forward to 2021, and those words couldn’t be truer. Despite the buzz surrounding...

How to Make Your YouTube Videos More Discoverable (Part 2)

Ready to find out more about how to make your videos more discoverable on YouTube?  In Part 1, you learned how to optimize each video using keywords and...