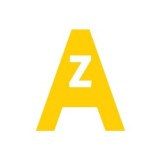 Delusions of Grandeur: The Alphabeats Take On Ottawa

You probably haven’t heard of Ottawa-based rock-band The Alphabeats yet, but band manager Regan Mathurin assures me you will – and soon.

She, along with Irish super-producer Tony Lyons and the band’s seven members, meet me at a small hole-in-the-wall in Ottawa’s Little Italy to discuss The Alphabeats’ upcoming battle of the band’s performance, as well as the release of their debut album ‘Time (Sheets)’.

“When I discovered the Alphabeats, I was actually CEO of a creative agency called Alphabet,” Regan says while sipping on a nonfat, no-foam, quad-cappuccino. “But after hearing their incendiary sound, I said screw it. I knew that Tony and I had a higher calling, and after buying some leather pants, I quit on the spot. This raw talent needed to be shared with the world.”

Lyons smirks at the statement. “I had been looking for a very… specific group of artists ever since my falling out with U2,” he begins. “I wanted a band that I could mold into something unique. I’m not saying that The Alphabeats are it, but you know, maybe they could be after I’m done with them.”

Lead singer Hannah Bock (whom some may recognize from the failed early-2000’s Canadian girl group ‘Seasoned Ladies’), rolls her eyes at the comment. “Whatever, you pox-bottle. I mean, we’re good – but our sound is kind of like a gas station sandwich: it’s not quite what you’re expecting, but it will probably get the job done. And then haunt you for a couple days afterwards.”

Drummer Mike, perhaps the most seasoned and experienced member of The Alphabeats, and devout Scientologist sighs dramatically whilst reaching for a buttermilk scone. ”What we’re about to bring to Ottawa next week – people won’t be able to handle it. It’s the living embodiment of our ancestral thetan culture. Like, on the night man – the spiritual leader will return to reclaim his world. It’s gonna be huge dude – that’s why we’re singing ‘I want you back’ … it’s a summoning man, so we’ll be celebrating by doing coke off of Demi Lovato’s butt crack. I mean, I assume, anyway. That’s usually what happens, right?”

Just a month ago, this ragtag group of musicians were working at local agency Alphabet, flexing their creative muscles in a different capacity. “It was a great experience. But I’d be lying if I said I wasn’t thrilled that clients won’t be removing my Oxford commas anymore,” guitarist, lyricist and former copywriter Sarah Houghton says. “Although those experiences did lead to one of my favourite tracks on our new album. It’s called ‘Oxford Comma Drama’.”

“That stumpy git owes me a fiver. And don’t even get me started about The Edge – the edge of what? Me arse … baldy swine.”

Rounding out the band are bodacious backing singers Jessica Evans (aka J-Dough, aka Sudbury Sally, aka Kim Cardashboard), Marley Kirkpatrick (aka SRBeesotch, aka The Mooch) and Christopher Chai (aka … Christopher Chai), who silently lurk behind Mathurin and Lyons in what can only be described as an homage to Gwen Stefani’s Harajuku girl days – “They’re basically the Posh Spices of the group,” Mathurin tells me. “They’re super pretty to look at, don’t make a fuss, and will probably marry soccer stars.”

The 613 Agency Rock-Off takes place Thursday, November 22 at Ottawa’s Rainbow Bistro, where The Alphabeats will square off against other agency heavyweights like Greenmelon Inc, Syncopate Media, Salt, and McMillan for the title of Ottawa’s best interagency band.

“This is just the beginning,” Lyons tells me. “If we don’t win this thing Rob Hyams gets a wedgie, you mark my words.”